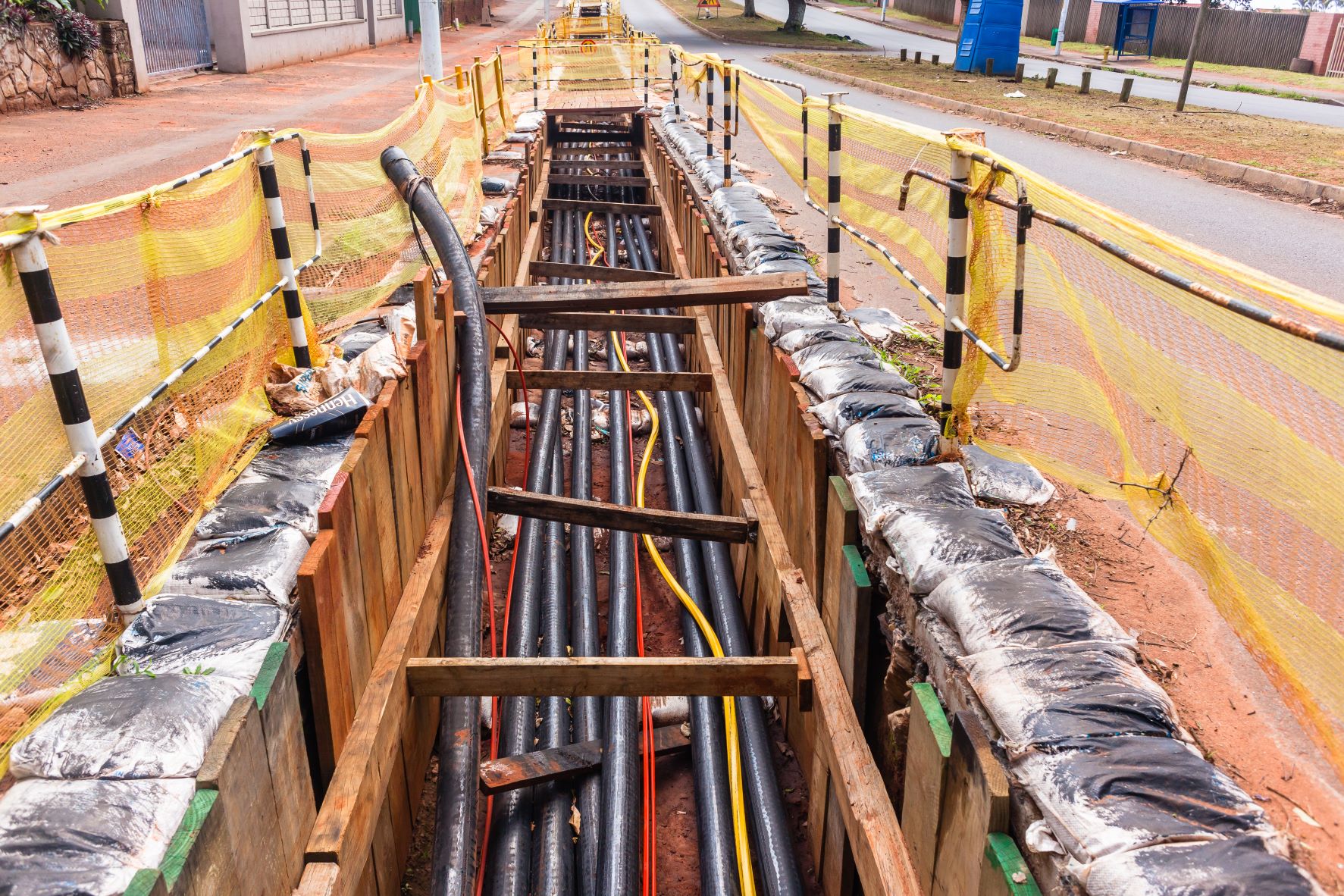 Digitizing Cables and Pipes Under Your Feet

The ground under our feet is a complex network of tunnels, pipes, and cables. All of these are providing essential services, whether it's high-speed broadband internet, electricity, water, or gas. Anyone attempting any form of work must have accurate information of what and where the cables are.

The ground under our feet is a complex network of tunnels, pipes, and cables. All of these are providing essential services, whether it's high-speed broadband internet, electricity, water, or gas. Anyone attempting any form of work must have accurate information of what and where the cables are. Ever since we first started burying infrastructure, it was important to map it and record where it is located. Since the 80's there has been an interest in creating electronic maps of all the utilities which are found under the street.

Why Is it Important to Know where Utilities are?

There has always been a need to map the network of utilities underground. At first, this was done in the same way as traditional mapping technologies. Maps were meticulously drawn out by hand. This was not only time-consuming but it also had numerous problems. These maps were not always accurate since they relied entirely on measurements and scale drawing. Physical drawings were also very difficult to update without drawing it all out again from scratch.

Another problem with physical maps is that they are very difficult to use. To get enough detail they had to be drawn on large sheets of paper which made handling them very difficult in the field. With hard copy maps, there was also the risk that the original document could be lost.

The next advancement in mapping underground utilities was computer mapping technology. Most of these systems used CAD (Computer-Aided Design) which did offer several improvements over hand-drawn maps. Maps were quicker to draw and could now be saved and shared electronically. CAD also made updating maps and making any adjustments much easier. However, this solution wasn't perfect. CAD software was very expensive, and although drawn on a computer, everything was still manually drawn. This created issues with the accuracy of the maps.

Over time CAD mapping evolved into something called Automated Mapping/Facilities Management (AM/FM). However, at this stage the limitations of the technology available had severe impacts on the benefits AM/FM could offer. The cost of installing such a system didn't provide much of an improvement over hard copy maps. The only real benefit of the first AM/FM systems was that it was possible to zoom in and out of maps on computers, but these maps could only be viewed in an office on a powerful computer, or when technology caught up, on a laptop in the field.

The ground we stand on is constantly being dug up, with new cables and pipes laid all the time. Over the past couple of decades, the complexity of underground utilities has greatly increased. With more and more of these utilities being privatized, it's more important than ever to keep up-to-date and accurate maps of all these underground features. Should a private company go out of business or merge with another business, these records mustn't be lost.

That's why the GIS technology is so important to the utility industry, and it is the next step forward in mapping. Why? It´s easier to map and keep track of where all the underground infrastructure is located. Aligned with a powerful high-precision collecting solution, this could revolutionize the subsurface utility industry, being quicker and easier to accurately map and record the location of underground utilities.

In the past, depths and positions would have to be manually measured using laser measures, or even tape measures. But with a fully integrated field data collector, contractors, locators and surveyors don't have to worry about any of this. Here is where Geolantis.360 makes the difference. We´re a SaaS solution that encompasses all mapping & navigation capabilities while hiding the complexity of surveying, CAD and GIS. As a consequence, users can reduce data collection time and field operating costs.

Geolantis.360 utilizes state-of-the-art technology to keep track of various map features. GPS/GNSS satellites are used to pinpoint the position and depth of the buried pipes and cables to the nearest millimeter. The accuracy is much higher than would ever be possible by hand. Considering Geolantis.360 can be installed on a tablet or mobile phone, it´s a matter of going out and start scanning the area looking for features, making notes where applicable. It should take all the guesswork and risk out of digging up the street. Accurate maps on contractor´s hands, zero accidents!

Geolantis is a division of PelicanCorp PelicanCorp is a niche provider of software and services to Utilities, Asset owners and to the Before You Dig industry specifically for the 'Protection of Essential Infrastructure'.